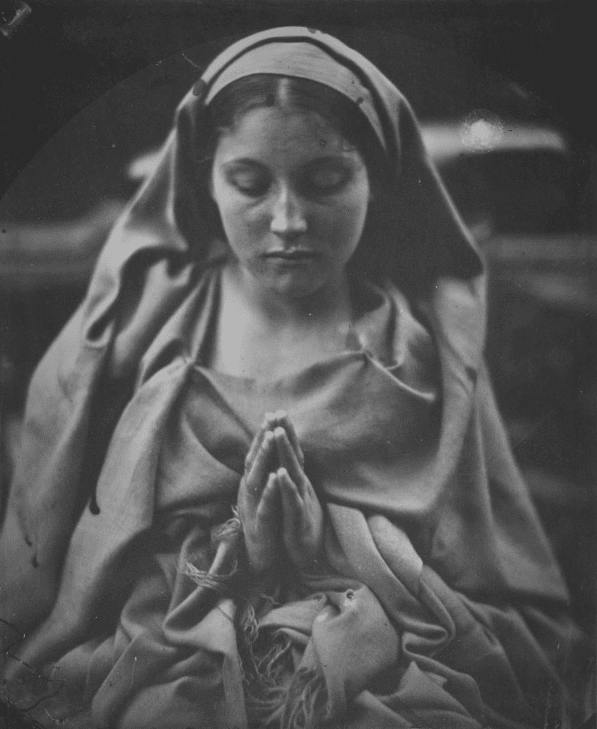 Satan hates the Blessed Virgin Mary. In fact, he has been doing everything in his power to discourage devotion to her and instill hatred for her for two millennia. Have you ever noticed that it is Marian dogmas and devotions that stir the strongest reactions in those who reject the Church? Even some good Catholics are embarrassed by devotion to our Lady, and they feel we should not be too extreme in our veneration of her.

Perhaps you, too, have wondered why the Church holds the Immaculate Virgin in such high regard. Perhaps you have wonder why God has chosen to use her in the work of redemption. Today, I’d like to take a look at why the devil hates the Blessed Mother so much, and why we should be her devoted knights.

She will crush your head

The scene is the garden of Eden. The characters are God, the serpent, Adam, and Eve. The devil is smirking in triumph. He has just deceived Eve, and through her, Adam. Oh, he is proud of himself. You can almost feel the demonic pride in destruction, for he has successfully marred God’s handiwork of creation, and dragged human beings—for whom God has a special love—into death and misery.

God has appeared on the scene to clean up the mess, declaring the tragic curse that has arisen from sin, but also to proclaim the protoevangelium, the first hint at the Gospel and the devil’s doom.

God starts by addressing Satan, telling him he is going to eat dirt for the rest of his days. Then he reveals something that makes Satan cringe in horror—his ultimate defeat will come at the hands of a woman.

And I will establish a feud between thee and the woman, between thy offspring and hers; she is to crush thy head, while thou dost lie in ambush at her heels (Genesis 3:15, Knox)

Now, scholars argue about whether or not the pronoun is masculine or feminine in the sentence, “She is to crush thy head”—that is, whether it refers to the Virgin Mary or Jesus Christ. But I’m going to let you in on a little secret: it doesn’t matter. You see, Jesus is going to crush Satan through Mary. She is the instrument Jesus is going to wield when he destroys his ancient enemy.

So why does being defeated by Mary pain the devil so much? Why does God want to use Mary to defeat Satan? I’ll explain.

“He has put down the mighty from their seat…”

The devil hates, I mean he loathes the fact that his ultimate defeat will come at the hands of a lowly handmaiden. In a way, his proud heart could handle being defeated by God himself because he’s almighty and omnipotent. But being crushed by a little Lady from Nazareth? The thought is absolutely humiliating. It drives him crazy. For if there is one thing the most proud creature in all of creation hates, it is being humiliated.

Satan finds his defeat by the Virgin Mary humiliating because she is a woman, and women are the weaker sex (1 Peter 3:7), and he despises weakness. He loves nothing more than to see women abused, degraded, and objectified. Not to mention that our Blessed Lady is a human, and Satan hates humans because we have bodies, and he is a pure spirit that thinks bodies are disgusting. But there’s another, more profound reason Satan hates being defeated by Mary: She is his replacement in heaven.

You see, Lucifer was originally God’s finest achievement. He was more beautiful, more powerful than all the other creatures that God has made. And as we all know, it went to his head. He was so gorgeous, so mighty that he really thought he could be better than God. The defining marks of Satan are pride and envy of the Almighty.

And what are the defining characteristics of our Lady? First and foremost, she is supremely humble. In fact, she is the most humble creature that has ever existed. For every ounce of pride the devil has, Mary has twice as much humility. For every drop of hate-filled and bitter envy in Satan’s black heart, Mary’s heart is filled with twice as much praise, worship, and love. For every bit of warped and destructive depravity in the devil’s soul, Mary’s heart is filled with more purity and fruitfulness. And by grace, God has made her the most exquisite and most glorious creature in all the universe—the title the devil used to claim.

In every way, the Immaculate is Satan’s polar opposite. In every way, she is his replacement, and he knows it. This Divine exchange of Mary for Satan is revealed in our Lady’s hymn of praise, the Magnificat.

My soul magnifies the Lord;
my spirit has found joy in God, who is my Saviour,
because he has looked graciously upon the lowliness of his handmaid.
Behold, from this day forward all generations will count me blessed;
because he who is mighty, he whose name is holy, has wrought for me his wonders.
He has mercy upon those who fear him, from generation to generation;
he has done valiantly with the strength of his arm,
driving the proud astray in the conceit of their hearts;
he has put down the mighty from their seat, and exalted the lowly;
he has filled the hungry with good things,
and sent the rich away empty-handed.
He has protected his servant Israel,
keeping his merciful design in remembrance,
according to the promise which he made to our forefathers,
Abraham and his posterity for evermore.

In the Magnificat, we see the role of Mary in salvation summarized beautifully:

Worst of all for Satan, his replacement in heaven is none other than the mother of the Eternal Word, Jesus Christ, whose passion and death redeemed the very humanity he has worked so hard to destroy. Her Yes to God undid the disobedience of Eve, paving the way for the saving work of the New Adam. The very weakness of Eve that Satan so scorned was replaced by the humble obedience of Mary, an obedience to the will of God that has made her powerful beyond limits.

This is the Divine plan for the defeat of his enemy. This is Satan’s humiliation and his doom.

In case you didn’t realize it, Satan hates you. His bitter envy inspires him to destroy God’s creation, to drag it down into the abyss of hell. He would love nothing more for you—image bearer of God—to join in him in the eternal flames of the lake of fire, for misery loves company.

But fear not. The ancient serpent is powerless against the Immaculate Virgin, for in God’s plan, she is the instrument that Jesus will use to humiliate and demolish him. Do you want to crush the head of the devil in your life? Do you want to make it safely through trials, temptations, and storms to our eternal Home? The answer is simple: Call on Mary. Love her, be her devoted servant. Be her knight, her defender, her apostle. Consecrate yourself to her totally and completely—for nothing that belongs to her will be lost. As St. John Damascene said so beautifully, “To be devoted to thee, O holy Virgin, is an arm of salvation which God gives to those whom He wishes to save.”

Satan is on a rampage, wreaking as much havoc as he possibly can—because he knows his time is running out. He is afraid and he is angry, for he knows that one day very soon, he will be crushed by the Woman who makes his heart quake, the woman who “looks forth like the dawn, fair as the moon, bright as the sun, terrible as an army with banners” (Song of Solomon 6:10).

Majestic Queen of Heaven and Mistress of the Angels,
thou didst receive from God the power and commission to crush the head of Satan;
wherefore we humbly beseech thee, send forth the legions of heaven, that, under thy command,
they may seek out all evil spirits, engage them everywhere in battle, curb their insolence,
and hurl them back into the pit of hell. “Who is like unto God?”

O good and tender Mother, thou shalt ever be our hope and the object of our love.
O Mother of God, send forth the holy Angels to defend me and drive far from me the cruel foe.
Holy Angels and Archangels, defend us and keep us.