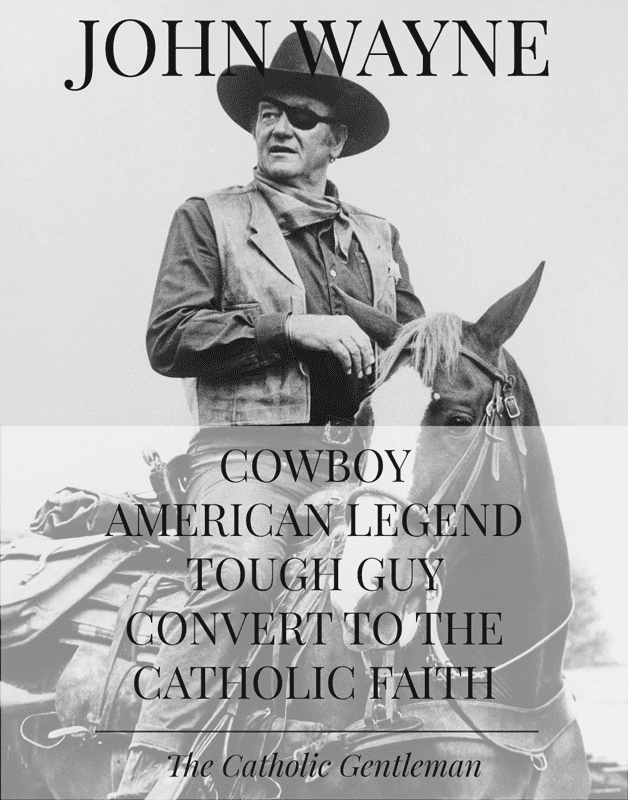 John Wayne was a true man’s man. But did you know he was a convert to the Catholic faith? Apparently protestant Christianity wasn’t manly enough for the Duke. Even better, his grandson is now a Catholic priest. When asked why he converted, he reportedly drawled, “A man’s gotta do what a man’s gotta do.” Or something like that.

John Wayne, for many, was a Hollywood legend who symbolized true masculinity and American values. To Fr. Matthew Muñoz, though, he was simply “granddaddy.”

“When we were little we’d go to his house and we’d simply hang out with granddaddy and we’d play and we’d have fun: a very different image from what most people have of him,”  Fr. Muñoz told CNA on a recent visit to Rome.