Get Married Young Man, Part 4: What to Look for in a Wife 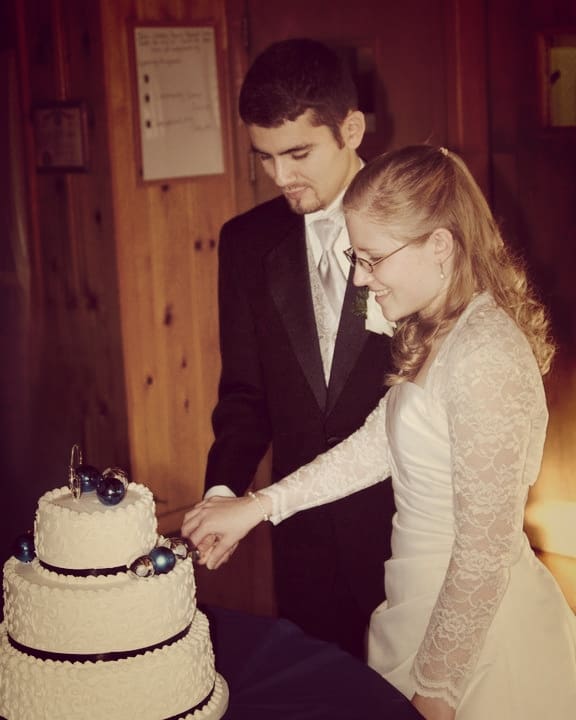 Marrying the right person isn’t a matter of chance, however. It helps to know what you are looking for. Here are my suggestions on the qualities to look for in a wife.

What to look for

1. Shared faith – I’ve been asked before about whether or not a Catholic should marry a non-Catholic. The short answer is that, while the Church tolerates such marriages, she never encourages them. Neither can I encourage them. It is unwise to intentionally choose to be married to someone who does not share your faith. Doing so would lead to constant tension over the most basic issues, like where you attend church, how you raise and teach your children, or moral decisions like using contraception. Not to mention the fact that it would be strange sharing a sacrament with someone who doesn’t believe marriage is a sacrament. (That said, I do realize that many, through circumstances like reversions or conversions find themselves in mixed marriages. That is a completely different issue.)

Look for someone who shares the Catholic faith. No matter how lovely a woman may be, a good marriage is built on a foundation of shared beliefs. Don’t place unnecessary obstacles in the way of a strong marriage— marry a Catholic.

2. You can talk for hours – My wife and I dated long distance, so for the vast majority of our courtship, all we could do was talk. And talk we did. We would frequently spend 5 hours or so on the phone, discussing everything from our family histories, to our desire for children, to our goals for the future.

While being separated by a thousand miles was painful at times, looking back, we are grateful for the time we spent getting to know one another in such a deep way. Marriage is not about having “fun” in the sense that it is not all dinner dates at nice restaurants, trips to the movies, or hanging out at the mall. If that’s all your dating life consists of, you’re in for a rude shock when you get married. Marriage is filled with many quiet moments of companionship, composed mostly of talking or being in each other’s presence. Loving to converse with your spouse is a key ingredient in a happy marriage.

When you are dating someone, see if you can do nothing but talk. Plan some dates conducive to conversation. If talking for any length of time seems strained and forced, that is a bad sign. But if you can talk like you’ve known each other for years, you’re on the right track.

3. She’s beautiful – Right away, I need to clarify that being attractive has nothing to do with the photoshopped models on the covers of magazines  or portrayed in the media. That is a false ideal of beauty, one that no woman can measure up to.

So what do I mean? I mean that first and foremost your future spouse should beautiful internally. She should be a graceful woman, in the most literal sense of the word. When Scripture speaks of “the beauty of holiness,” it isn’t talking about something abstract. Holiness literally makes women more beautiful and attractive (that’s why the Virgin Mary is the most beautiful woman ever created). Look for a woman with a beautiful soul that is adorned with grace. This is the kind of beauty that will never fade.

Beyond that, yes, your wife should be physically attractive to you. When I was a teen, I had a bizarre and irrational fear that God’s will was for me to marry someone I thought was ugly. I don’t know where I got that idea, but it’s not true. I am constantly amazed at how beautiful my wife is!

4. She’s modest – Modesty is a word that has many connotations, and for some, it may conjure images of Muslim woman in full body burqas. That’s not true, however. Modesty ultimately isn’t about skirt length (though that is involved), it is about a disposition of the heart. Immodesty is Miley Cyrus— raunchy, bawdy, crude, crass, and flaunting her body for the world to see. Modesty, then, is a woman who does not flaunt herself or find her worth in flashing skin. She isn’t a flirt or a seductress. She possesses the true beauty mentioned above.

That said, don’t marry a woman who belittles you and whose only project is to change you. You want a woman who loves you for who you are, flaws and all. I’m talking about what you naturally feel when you are around her, not what she tries to make you feel.

6. She’s forgiving – Before we married, I spent months reading marriage books and studying how to be a good husband. “I’ve got this down,” I thought. “I’m going to be the best, most loving husband ever.” Then we got married. While our first few months of marriage included many wonderful moments of happiness, they also included many moments in which I revealed how selfish, prideful, and insensitive I really was. I won’t bore you with examples, but I learned a lot about myself and my fallen condition in those first few months, and so did my wife.

Our natural selfishness is something we must struggle to overcome, but it’s also why one of the keys to a good marriage is forgiveness. We are fallen and no matter how good your intentions, you will hurt your wife with your actions and words. Fortunately for me, my wife is the most forgiving woman I’ve ever met. Don’t marry a woman who holds a grudge. If you’re girlfriend never let’s you forget your mistakes, if she’s jealous and vindictive, run for the hills.

7. She loves who you love – When you marry someone, you marry their family, whether you like it or not. If you’re girlfriend hates your parents, you’re setting yourself up for a lot of tension and pain. While I won’t say that your spouse has to like your family, she should love them and respect them because you do.

Ultimately, finding a wife is not a matter of having a checklist and then going shopping like you would shop for a car. But you should have some idea of what you want in a woman, or you probably won’t end up with the right one. Marriages are crumbling right and left, and tragically, getting a divorce sooner or later is almost standard fare in the modern world. You don’t want that pain. Take the time to find the right woman and don’t settle.

What did I miss? What suggestions do you have?