The Catholic Guide to Self Defense 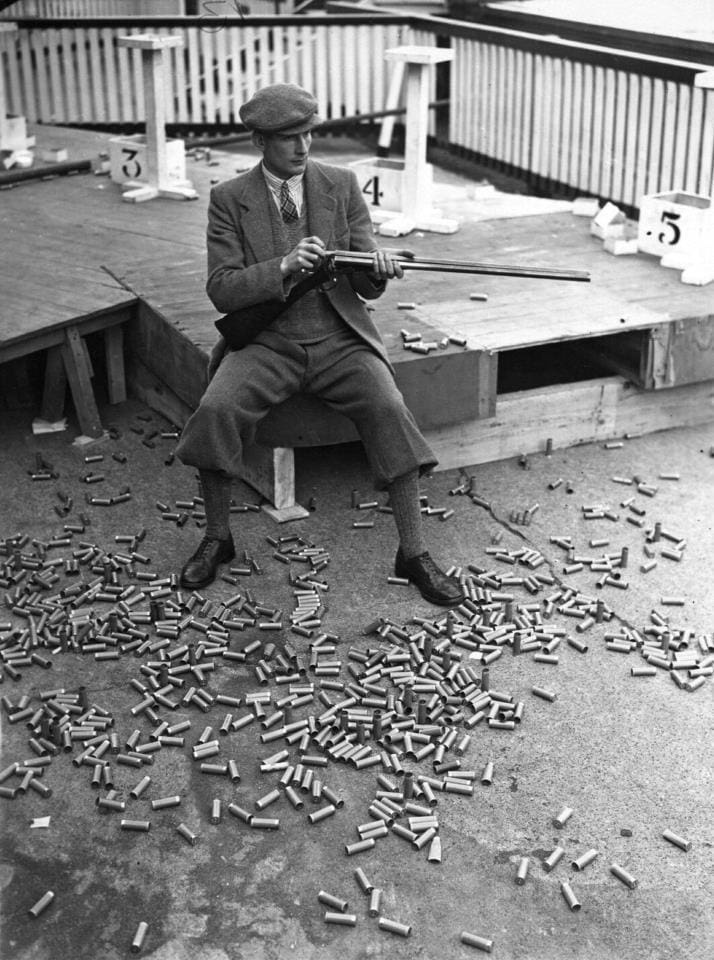 Imagine you are looking for a parking spot at the mall on a busy weekend. You finally find someone pulling out of a spot, and once it is empty, you pull into it. But because there is a lot of traffic, you didn’t see another driver who had been waiting for the same spot for 5 minutes. You took the other driver’s spot and didn’t know it.

As you and your family leave the car, the driver jumps out of the car enraged and screaming obscenities. He is well built and looks like he could do some serious damage. You try to calm him down and explain that you didn’t see him, but it isn’t working. Finally, he pulls a knife and begins brandishing it aggressively while moving closer to you. Your family is terrified. What do you do?

Is self defense ever justified?

Hopefully the above situation never happens to you, but these and similar scenarios do happen all the time. As Catholic men, are we justified in defending ourselves and our families? Or should we meekly turn the other cheek, come what may?

The short answer is yes, self defense is justified. The Doctors of the Church and the Magisterium have made it clear that self-defense is not only a right, but in some cases, a duty. In the Catechism, the guidelines for when exactly self-defense is legitimate are presented. Let’s take a look at what it has to say.

First, the Catechism makes clear that killing a human being is always a grave issue, and it should never be taken lightly. Obviously, we should not be trigger happy vigilantes killing anyone who gives us a dirty look (2261-2262). But then, the Catechism goes on to explain that the fundamental principle of morality is love and preservation of one’s self (2264).

Love toward oneself remains a fundamental principle of morality. Therefore it is legitimate to insist on respect for one’s own right to life.

In other words, loving one’s neighbor means nothing if you don’t first love yourself in a rightly ordered way. After all, Jesus said, “Love your neighbor as yourself.” The instinct of self-preservation is based on the fact that life is a good given to us by God. We have an intrinsic and fundamental right to live. Therefore, we also have a right to defend ourselves.

But what about defending others? Do we have a right to do that, too? Absolutely. In fact, defending the innocent is not only a right, it is a duty. We have the ability to lay down our own life for a greater good (as Jesus and the martyrs of the Church did), but we never have the right to lay down the lives of others. I can surrender my own life, but I can never surrender your life for you. The Catechism makes this clear (2265):

Legitimate defense can be not only a right but a grave duty for one who is responsible for the lives of others. The defense of the common good requires that an unjust aggressor be rendered unable to cause harm. For this reason, those who legitimately hold authority also have the right to use arms to repel aggressors against the civil community entrusted to their responsibility.

While this paragraph specifically refers to the defense of the civil community, it also applies to the family. If someone is presenting a clear danger to the lives of your wife and children, you have the right and duty to do whatever is necessary to render them harmless— even if it means killing them. And that leads me to my next point.

Now that we have established that self-defense is indeed justified, the question of lethal force arises. Can we justifiably ever kill an aggressor? There are certainly a number of good Catholics with a pacifist bent that would say no— it is never justifiable. Despite the feelings of these well meaning Catholics, however, the answer given by the Church is yes, lethal force can be justified.

But before we examine what justifies killing another human being, let me first say that the Church is and always has been the defender of common sense. The Church defends sanity in an age that has gone insane, and this sanity applies to every area of life, including self defense. What do I mean? Well, I am a former member of the Colorado Rangers, a state-wide auxiliary law enforcement agency, and I received much of the same training mandated for police officers. What amazes me is how similar the standards for using lethal force presented to law enforcement officers are to those presented in the Catechism. You can trust the wisdom of the Church, folks.

The Catechism spells out that lethal force can be justified if one is left with no other choice. Killing should be a last resort, however, after everything else has been tried. Here’s what the Catechism, citing St. Thomas Aquinas says (2264):

Someone who defends his life is not guilty of murder even if he is forced to deal his aggressor a lethal blow: If a man in self-defense uses more than necessary violence, it will be unlawful: whereas if he repels force with moderation, his defense will be lawful. . . . Nor is it necessary for salvation that a man omit the act of moderate self-defense to avoid killing the other man, since one is bound to take more care of one’s own life than of another’s.

St. Thomas, quoted by the Catechism, is basically saying, Don’t shoot someone for stealing your wallet. That is more than necessary violence. But if someone has pulled a knife on you and they by all appearances seem ready to use it, then you can respond in kind. Responding to force with like force is moderation in self-defense.

The idea of moderation in the use of force is very similar to the “use of force continuum” used by law enforcement officers. While the details of this continuum are beyond the scope of this post, it boils down to the maxim: Don’t shoot someone unless you have no other choice. If your life— or the life of someone else—is in imminent danger, you have the right to use lethal force. If there is any possibility of anything else working (verbal commands, physical combat, pepper spray, etc.), you have an obligation to try that first.

The guiding principles laid out by the Church can be summarized as follows:

Self defense can be a tricky issue, especially when lethal force is involved. Life and death situations involve split second decisions that can leave someone dead and alter the course of your life. Never, ever, should a human life be taken in a careless fashion.

I will conclude with a quote from Pope John Paul II’s encyclical letter, Evangelium Vitae, on the tension between respect for human life, obedience to the 5th commandment, and self defense. It summarizes the issue perfectly.

There are in fact situations in which values proposed by God’s Law seem to involve a genuine paradox. This happens for example in the case of legitimate defence, in which the right to protect one’s own life and the duty not to harm someone else’s life are difficult to reconcile in practice. Certainly, the intrinsic value of life and the duty to love oneself no less than others are the basis of a true right to self-defence. The demanding commandment of love of neighbour, set forth in the Old Testament and confirmed by Jesus, itself presupposes love of oneself as the basis of comparison: “You shall love your neighbour as yourself ” (Mk 12:31). Consequently, no one can renounce the right to self-defence out of lack of love for life or for self. This can only be done in virtue of a heroic love which deepens and transfigures the love of self into a radical self-offering, according to the spirit of the Gospel Beatitudes (cf. Mt 5:38-40). The sublime example of this self-offering is the Lord Jesus himself. Moreover, “legitimate defence can be not only a right but a grave duty for someone responsible for another’s life, the common good of the family or of the State”. [The quotation is from # 2265 in the first edition of the Catechism of the Catholic Church.] Unfortunately it happens that the need to render the aggressor incapable of causing harm sometimes involves taking his life. In this case, the fatal outcome is attributable to the aggressor whose action brought it about, even though he may not be morally responsible because of a lack of the use of reason.

What are your thoughts on self defense? Would you know how to defend yourself or your family if you had to?