Frivolity and Friendship: On The Eternal Importance of Good Friends 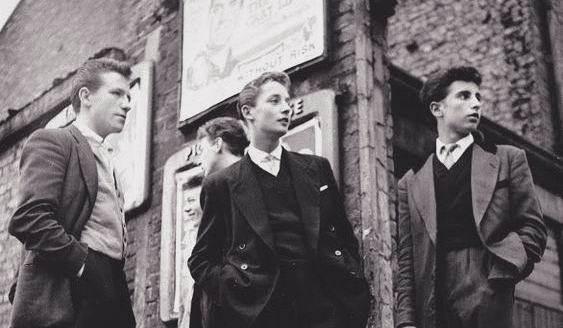 I was wearing my running clothes, standing on a patch of grass across from the downtown Krispy Kreme. Four donuts were in my hand, mashed together, the third such round of four. Looking upon them made me cringe. I sighed and then I took a bite. I chewed only once and my mouth fired out the contents so that it splattered onto the grass like a modern art painting. A feeling of nausea came over me. I leaned down and began making gagging sounds. From the corner of my eye I could see my friend’s feet stepping back, clearing room for what looked to be imminent. I took a few heavy breaths. A moment passed, and so did the nausea. God is good and so I didn’t barf. My friends and I laughed at my plight. I stood erect and sighed and took another bite of the donuts, for the task was not yet finished. I was very pleased in that moment to have joined the Catholic Church.

“Greater love hath no man than this, that a man layeth down his life for his friends.”
-John 15:13

February 1 was the day of the annual Krispy Kreme Challenge (a 2.5 mile run, followed by the consumption of a dozen doughnuts…each, followed by a 2.5 mile run back to the starting point) in Raleigh, North Carolina. Two of my dear friends, Danny Rosenbaum and Tim Schlegel, flew in from New York and Philadelphia respectively to participate with me. It was a terrible idea and so we agreed to do it. Danny is a convert to the Catholic Church, like myself. Tim was raised Catholic, but lived some years without giving faith high priority. Our lives first intersected in New York, at the Church of Saint Paul the Apostle, where we served on the ministry team for the Apostolists, the church’s young adults group. Danny and Tim were among a group of friends I had gone on a road trip with during the summer of 2019, a grueling week in which we visited seven Major League Baseball stadiums in seven days. Our goal is to ultimately visit all thirty stadiums. Even though we may each individually impress others as relatively respectable fellows, we do dumb and crazy things when we’re together, and we wouldn’t want it any other way. And through such friends I have had the privilege of learning about the sensibility of the holy fools.

We each remain as helpless and clueless as children before God, even when we are fully grown, even when we have jobs and bills and children of our own. The many friends I’ve made in the years since my baptism, and most especially since my confirmation in the Church, have done much to remind me that we are just grown kids, and through such fellowship and play I have many times been rescued from the snares of taking one’s self seriously. My faith is stronger today for having met my friends, and I wish I could all of them in gratitude, for they have been Christ to me.

In January 2008 I stood amidst the crowd in a church auditorium in New York, facing the stage. The Haven, as the gathering was called, was an Evangelical worship service, and the first setting in which I ever actively sought to make Christian friends. A young man, who looked to be around my age, walked up to the microphone and opened a Bible and began reading the words of John 15: “I am the vine you are the branches…” I started crying. This was the first time in many years that I had cried, and so my eyes stung as if salt had been thrown into them. It was in that moment that I realized that the religion I was baptized into that previous summer was blossoming into something much more than just a set of rules and a weekly ritual: faith.

Few words could be so refreshing for a former Muslim than to hear that Our Lord was more interested in my friendship than in my servitude, and such is the difference between Christianity and Islam. What we can warily do for a lord, we can gladly do for a friend, and a God who calls us friend is worth giving all for.

Some years later, while I was going through RCIA, the handout which I kept reading over and over again, the one which got me thinking, was one explaining that the Incarnation was not a “Plan B,” that fellowship with us was God’s intention from the very beginning.

There is no shortage of wise men and women who have said that we become like our friends. We don’t think and live as autonomously as many would claim, and so the company we keep can lift us up or it can drag us down, all the way to perdition. Each one of us already does enough to drag ourselves down as is. The music we listen to and entertainment we immerse ourselves in is influenced by our friends. Our thoughts about money and sex and politics and life itself, all of the things we perceive as “good” and “bad,” and the activities we do to pass the time, are all influenced by our friends. In gang cultures we can witness just how soul-destroying the company we keep can be.

In our era of countless distractions, of smart phones and rampant pornography and streaming television and social media, it has also become much easier than ever before to develop superficial bonds, or to keep no company at all, to alienate ourselves. Notions on individualism have gone so far that millions today insist that something as fixed and obvious as gender is open to subjective interpretation. And when we live for ourselves alone, we can very quickly find ourselves living in hell. Alienation can even help make suicide, which has skyrocketed during the past two decades, seem like a best option.

If the characters we develop on this side of life will be fixed for eternity, why would anyone choose fellowship that is toxic to them? Would anyone who is in their right mind ever prefer alienation? And if we become like our friends, how important is it to spend our time with Christ in prayer? How important is it to allow our friendship with Christ to in turn make ourselves better friends for others, most especially to those who really need it in their lives?

“Henceforth I call you not servants; for the servant knoweth not what his lord doeth: but I have called you friends; for all things that I have heard of my Father I have made known unto you.”
John 15:15

Our hearts yearn for eternity. Our thoughts are trapped in time, and in our pursuits to seek meaning and pleasure within such limits we sin in desperation. We sin to escape and numb the pains of conflict within ourselves. We live in a world still affected by original sin, that we each believe in a veritable lie and demand this same lie from others, and we inflict so much anguish in doing so. Not one of us has the strength to lift ourselves up from the human condition.

But we have Christ, and we have one another, and by His Spirit we understand that the image of Christ rescues us from ourselves. True friendship is seeing the face of Christ in another, and it has the miraculous power to help men and women find Christ within themselves. And though we cannot lift ourselves up, we can clasp our hands together and help lift up one another from this pit: and in so doing we see how it is that the fellowship that is the Church is the salvation of mankind. We see in our love for one another that the love of God is real indeed. The deeper our understanding of this runs, the more desperately we offer what poor strength we have in order to rescue one another from what we each ourselves are guilty of, knowing that it’s worth it because Our Friend took the most desperate measure upon Himself so that we may eternally be His friends.

Our lives belong to God, and they are shared with one another. Danny, Tim, and I each have greater faith today because we were blessed to find Christians who welcomed converts and returners. All that any of us needs to do to increase the fold of friends is to allow ourselves be a little bit quicker to forgive, a little more reluctant to judge, a little more willing to take in the Sacraments and pray, and to be a little more open to inviting the stranger. Just this little bit goes a long way toward helping someone find value in their own soul. My friends have so often been Christ to me, and I hope that I’ve been able to render similar service to my friends.

Although we meet one another on this side of life, there is a Resurrection, and so many of the bonds made in time and space will last in eternity. I look forward to spending eternity with such friends, a forever to laugh at ourselves while smoking cigars. If there is baseball in Heaven, then the angels and saints already know what glory it is to sit back with buddies with a hot dog in one hand, a beer in the other, without a care in the world. And if they don’t have baseball yet in Heaven, we can be the ones to teach the angels and saints what they’re missing out on. We’ll teach the angels and saints these things because we’ll be in Heaven indeed, and we’ll be in Heaven indeed because while on earth we had each other.

Zubair Simonson, O.F.S., is a convert who currently lives in Raleigh, North Carolina. He is a professed member of the Secular Franciscan Order. His written works include The Rose: A Meditation, a narrative guide through the rosary now available on Kindle. The story of his conversion, and admiration for G.K. Chesterton, is included in the book My Name is Lazarus, published by the American Chesterton Society.Follow Zubair on Twitter:
@ZubairSimonson