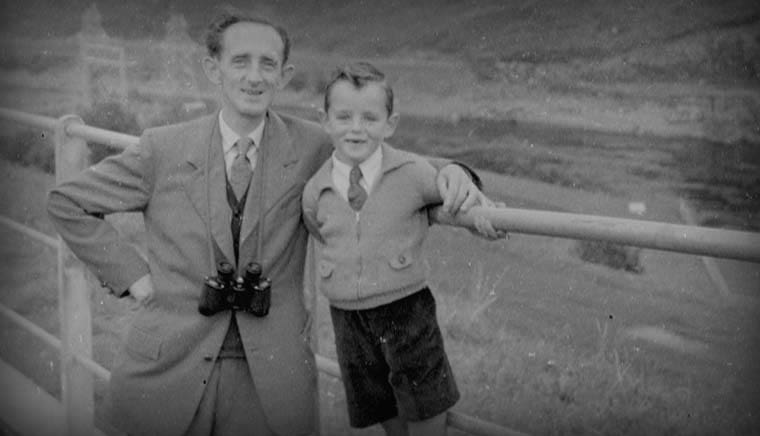 I’m a member of St. Joseph’s Parish in a suburban community in New York. We have a lovely church with several thousand parishioners, which is why we have six resident priests, a deacon, and seven Sunday Masses, at least four of which are often SRO.

There is a statue of St. Joseph behind the altar. He holds the infant Jesus – in this depiction, the Savior is about six-to-ten-months-old. And the apse is filled with angels, because as our pastor told me: “I love angels.”

Angels played an important role in the life of Joseph. They were the link between his previously quotidian existence and the miracles to come. When he discovered that his teenage soon-to-be wife was pregnant, “he had in mind to divorce her quietly.” (This, of course, goes to the heart of the Church’s teaching on divorce, since the situation Joseph thought he was in is the only one Jesus would later allow as grounds for a divorce: adultery committed during a betrothal.) But an angel gave Joseph understanding, as Matthew explains: “Son of David, do not be afraid to take Mary home as your wife, because what is conceived in her is from the Holy Spirit. . . .”

And twice more an angel would speak to Joseph.

The second and third times had to do with Herod: flee to Egypt; return to Israel. Knowing by then not to doubt these messengers, Joseph first saves the savior from Herod’s swords, and then, upon the tyrant’s death, returns Jesus to the nation through which salvation will come to the world.

During the great eras of Christian painting, which for 1500 years meant Roman Catholic or Orthodox art, depictions of Saint Joseph – often with the infant or boy Jesus and in portraits of the Holy Family – were among the most common motifs in sacred art.

Joseph is often portrayed as white-haired and elderly, especially when we see him at work as a carpenter. In pictures of the Nativity his hair may be black, but the age difference between him and Mary is usually evident and pronounced.

One thing that until recently never registered with me about Joseph is his silence. He plays such a significant role in God’s drama, yet he has no lines – not in Scripture anyway. We hear from Christ’s mother, His aunt, uncle, and cousin, but never from his earthly father. As Pope Francis put it in his homily upon receiving the pallium and the Fisherman’s Ring, Joseph is (as all fathers must be) a protector:

How does Joseph exercise his role as protector? Discreetly, humbly and silently, but with an unfailing presence and utter fidelity, even when he finds it hard to understand. . . . As the spouse of Mary, he is at her side in good times and bad, on the journey to Bethlehem for the census and in the anxious and joyful hours when she gave birth; amid the drama of the flight into Egypt and during the frantic search for their child in the Temple; and later in the day-to-day life of the home of Nazareth, in the workshop where he taught his trade to Jesus.

Every father – especially so the father of sons – learns that there are times when simply being there – cheering, explaining, scolding, but often silent – is at least half the job.

In the New York City playground where my sons cavorted as tots, they would often stop in the middle of frolicking and run to me. They would touch my hand or lean against me breathless before running back to whatever game engrossed them. It was if I were a battery charging station – but not a boost to their energy, which was boundless, but to top-off their souls. Daddy’s here; we’re safe.

Compared to Joseph, Mary, and Jesus, my wife and I and our sons (now grown men) have lived like aristocrats. When His parents presented Jesus to the temple, their offering was not a lamb but a couple of birds – a poor folks’ sacrifice. When we presented our younger son to the temple of higher education, we laid out six figures. But I think the boys know their principle education – courtesy of the parents – was gratis, as love always is.

My sons touch base less often now, but that’s the way of the world, isn’t it? They have grown strong.

At the end of his inaugural homily (celebrated simply as the Feast of St. Joseph), Pope Francis said:

Here I would add one more thing: caring, protecting, demands goodness, it calls for a certain tenderness. In the Gospels, Saint Joseph appears as a strong and courageous man, a working man, yet in his heart we see great tenderness, which is not the virtue of the weak but rather a sign of strength of spirit and a capacity for concern, for compassion, for genuine openness to others, for love. We must not be afraid of goodness, of tenderness!

I’ve never been able to grasp why some fathers are abusive towards or competitive with their sons.

And we recall that, despite his humble estate, Joseph was of royal lineage, descended as he was from King David, himself a humble shepherd. There is in this something of what C.S. Lewis was getting at in The Chronicles of Narnia, namely that each of us, no matter how humble (and we are dust after all), is offered a crown if we follow Christ, which we do when we are strong in love.