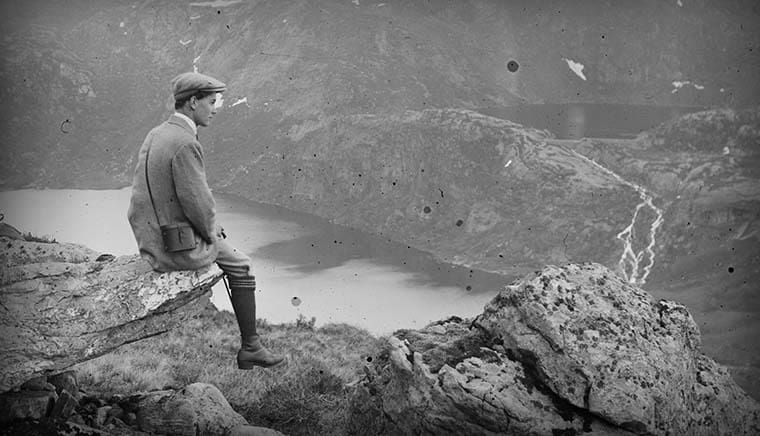 I’ve probably always been afraid of Him but just realized it – put it into those words – at the Vigil Mass for the Solemnity of Mary. May she pray for me now and at the hour of my death.

This may be Proverbs 9:10: “The beginning of wisdom is fear of the LORD, and knowledge of the Holy One is understanding.” I hedge (“may be”), because the “feeling” I refer to is claustrophobia: I am overwhelmed by His presence and power and feel the need to escape.

This may be the mysterium tremendum et fascinans of Rudolf Otto, or what he termed the numinous in his 1923 book The Idea of the Holy. It’s dread, and yet it’s communion. God is so overwhelmingly ALL that no un-whole thing (let alone unholy) may be at ease in His presence: a tremendous (as in crushing) and fascinating mystery.

And the mystery is not diminished for having been viscerally experienced. If you ever did any sort of martial art – boxing or karate – you know that the first time you get popped in the face in sparring you feel disoriented. It’s shocking. Face is identity. But the next time it’s less so, and with the development of skill those punches get blocked and anyway you’re okay even when one gets through. You just hit back.

Not so in the experience of God’s presence. The “you” that might metaphorically hit back is the very problem. Obviously, resistance is pointless, but resist I do, because it’s an experience way beyond the fear of death. It’s the overpowering sense of the annihilation of self. Or it is if the self is formed at all by sin, and what self is not?

So I’m a sinner and, although I “believe” in God’s love, I fear His justice. I shrink from the exposing Light – this even though I frequently avail myself of the Sacrament of Penance. Quite recently I left church after Confession and, staring up at the sunny sky I thought, Lord, send a bolt of lightning and take me now before I sin again. Then I realized I’d just sinned again and ought to spin on my heels and head right back to the penalty box: “Bless me father. . . .It’s been two minutes since my last confession.”

The problem with experience of the numinous is the way it’s diminished by the quotidian. I think I sensed this upon conversion to Catholicism, which is why my first thought was to hightail it to a monastery. In solitude and in a prayerful community, it’s (apparently) easier to live in awareness of God, whereas “in the world,” the distractions seem endless, and most of those distractions present themselves as arguments against recollection of God.

My confessors think it’s a bit silly when I include among my sins the angry stuff I mutter at other drivers who seem to have no sense of the rules of the road. But anger is among the deadly sins, and my horn-honking and eye-rolling are not expressions of love.

If there is a cure for terror in the presence of God it’s love. Hard as it is for me to love the teenager in the Mini in front of me, weaving over the centerline as she sends a text to her BFF (LOL!!!), that’s what I must do. The answer to all sins is the practice of corresponding Christian virtues.

I cannot say, never having known a saint, that holy people who encounter the mysterium tremendum et fascinans feel joy rather than fear, but I suspect so. Certainly that’s what Bernini expresses in his Ecstasy of St. Teresa. In The Interior Castle Teresa writes of our lives in exile, here after the Fall. She says there is no security in this life. She asks why God wishes us “to prize such a wretched existence,” one haunted by the fear of losing God forever in Hell. She enjoins her Carmelite sisters:

I say, daughters, that we ought to ask our Lord as our boon to grant us one day to dwell in safety with the Saints, for with such fears, what pleasure can she enjoy whose only pleasure is to please God?

We prize this existence because God wills that we should; because it is our only gateway to Him.

My spirit is buoyed by the great Doctor’s admission (and what a boon to her sisters!): “what security could I feel, after a life so badly spent as mine has been?” She was not sinless Mary. Teresa describes herself as a bird with broken wings.

My God! How much more wrecked am I!

“The beginning of wisdom is fear of the LORD, and knowledge of the Holy One is understanding.” Since the Solemnity of Mary, I have been trying to picture myself as among the disciples who witnessed the earthly ministry of Jesus Christ. At that time, they may not have recognized Him as God, but they came to, and it must have diminished somewhat that fear of annihilation. Sinners though they were, they knew – through the witness of their senses – that He is love. He loved them. He loved them more than their own mothers had.

Thomas a Kempis writes in The Imitation of Christ:

When a man who feareth God is afflicted or tried or oppressed with evil thoughts, then he seeth that God is the more necessary unto him, since without God he can do no good thing. Then he is heavy of heart, he groaneth, he crieth out for the very disquietness of his heart. Then he groweth weary of life, and would fain depart and be with Christ. By all this he is taught that in the world there can be no perfect security or fullness of peace.

Been there. Done that. But I keep trying.